Before you make any decision as a UAS pilot, first you must assess your environment to get a mental picture of the situation.

Relevant information to note would be the current position and altitude of your unmanned aircraft. For example, is the aircraft close to an airport or restricted airspace?

On this basis, a prediction can be made as to the likelihood of negative consequences, such as trespassing into this restricted airspace. You can then foresee whether you may need to change the direction or the altitude of the UAS. 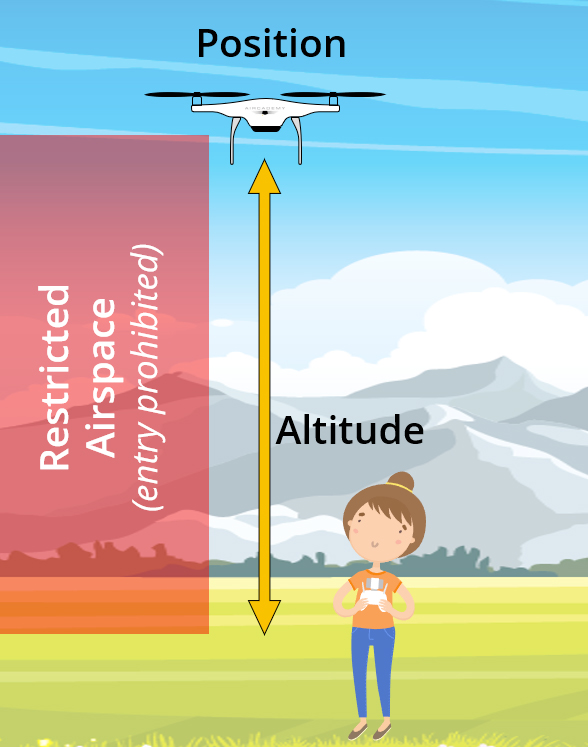 Situational Awareness can be influenced by the following factors:

Estimating the distance and speed of an object can be difficult. When observing an object at close range, we determine the distance using visual perception. This is sufficient when the object is within an arm’s length, and can be very accurate. However, as the distance increases, this estimation becomes increasingly unreliable.

Visual perception cannot measure large distances with accuracy; therefore, you must also rely on subjective evaluations based on experience and knowledge.

This means comparing the size of an object with a known point of reference (for example, a familiar car). An unmanned aircraft is a very small object; estimating its distance is difficult and often influenced by misconceptions.

In order to estimate the flight altitude of an unmanned aircraft which is further away, a known object on the horizon – such as a house or a tree – can be used as a point of reference. This is only reliable if the actual height of the reference object is known and both objects (UAS and reference object) are approximately at the same distance from the observer.

Ultimately, it is safe to assume that there may be a significant discrepancy between your visual perception of distance and flight altitude and the actual position of the unmanned aircraft.

Even if you know your own position and the position of an airspace or traffic pattern of a nearby airport, it is still difficult to estimate the precise position of the airspace boundary. Without significant references on the ground – for example, motorways or rivers – there is a high risk of flying into a restricted airspace or coming closer than the permitted minimum distance to other objects in flight.

Therefore, be careful at all times. If you have access to technical systems which determine this data (e.g., GNSS signals or altimeter feedback) you should use and trust this information above all else.

It is also important to take into account the height of clouds. If an unmanned aircraft is operated near clouds, visibility can be impaired and the response time to avoid an air collision may be insufficient!

Clouds can also influence our perception of altitude and distance, as can other atmospheric conditions, such as:

In order to estimate the speed of another object, for example a helicopter or military aircraft, we need reliable judgement. This depends on various factors, and experience plays a major role in this.

Previous observations of regular air traffic can give an idea of the speed of other objects and the time it takes to reach a particular position. Without such references, or in the event of incorrect estimations (e.g., misjudging the type of aircraft), dangerous situations can quickly arise.

Direction of travel is also a decisive factor in the assessment of air traffic. In general, it is easier to estimate the speed of objects which move exactly from left to right or right to left; such traffic is often not a risk factor. 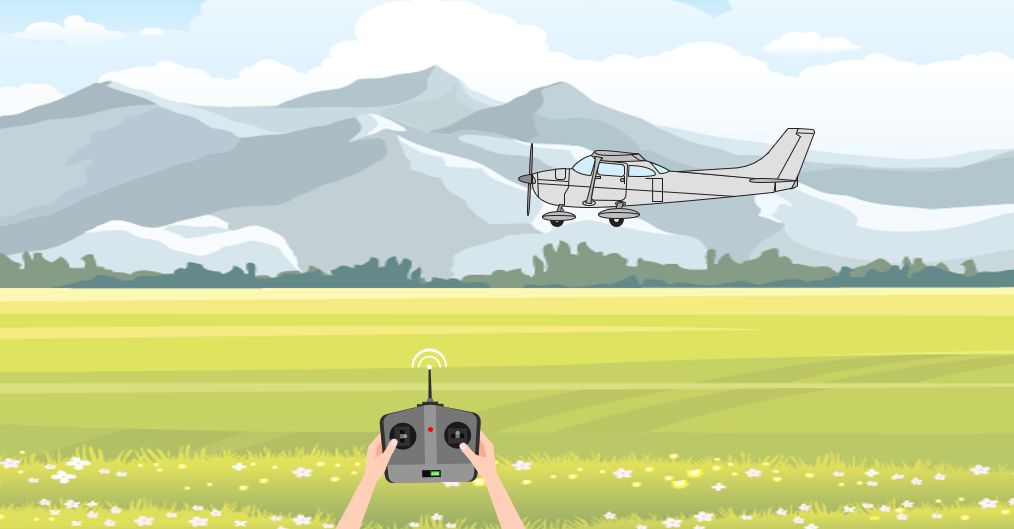 It is much more difficult to estimate the speed of flying objects approaching from directly ahead or at an angle. There is also a big difference between an approaching propeller plane and a military fighter jet; however, this difference often cannot be seen straight away. 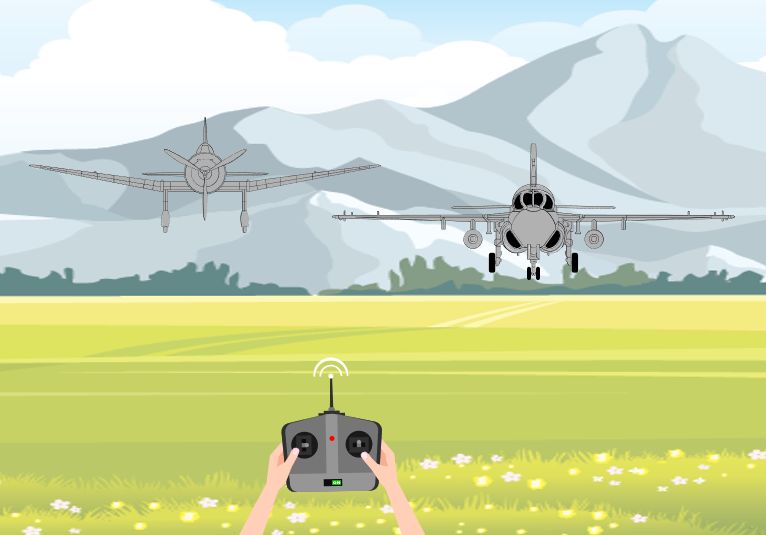 In the dark it takes up to 30 minutes for the eyes to adjust to their surroundings. Without this adaptation, the recognition and identification of objects is significantly limited. On the other hand, once your eyes have adapted to darkness, bright light should then be avoided.

There are several factors that affect night vision ability:

In conclusion, as a remote pilot you absolutely must be aware of the effects of limited physical or mental performance.

Many factors directly or indirectly influence your performance and thus your ability to control an unmanned aircraft. Do not underestimate your responsibility towards your environment! Be honest with yourself and go through the “I”M SAFE” checklist before every flight: