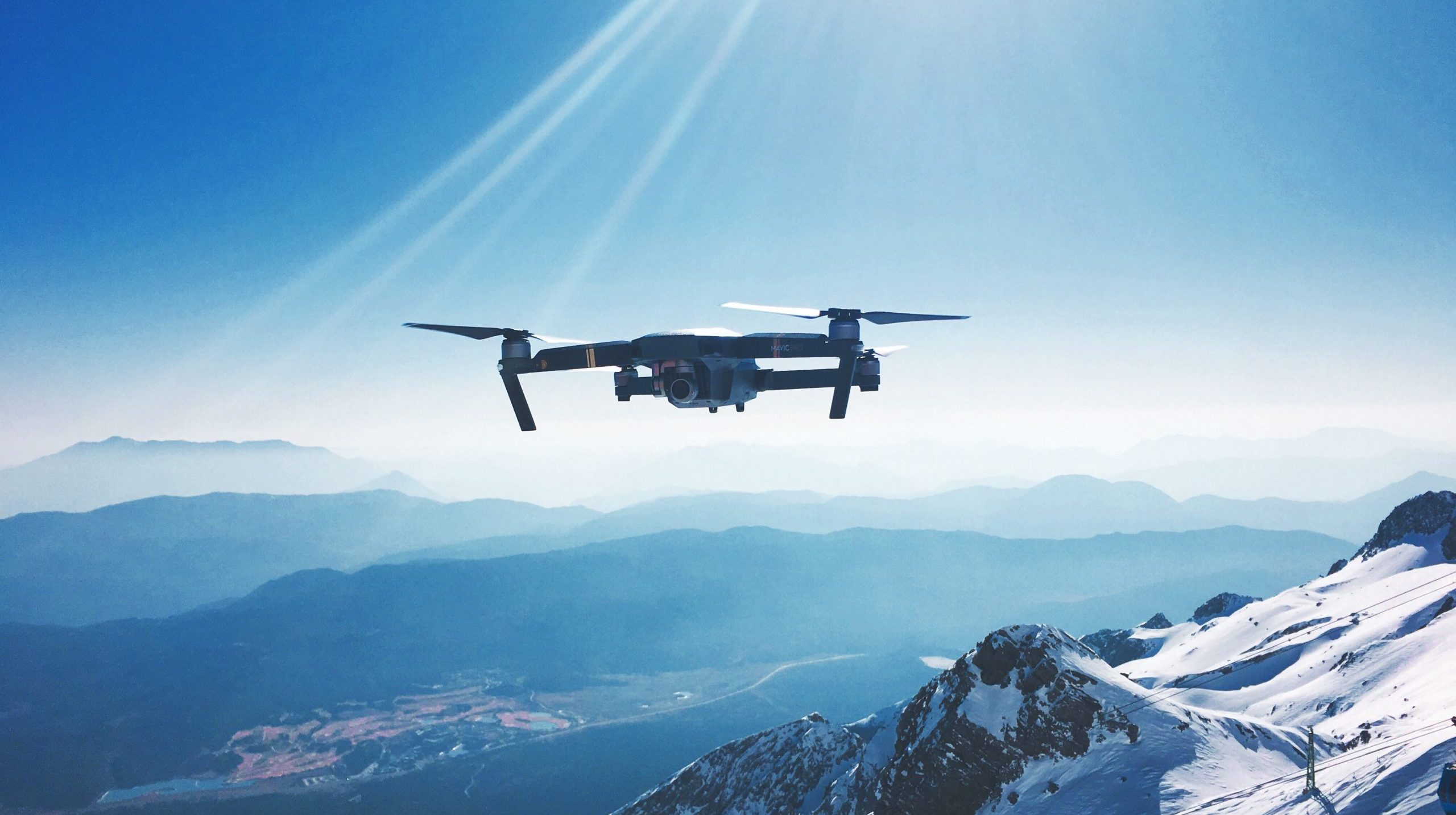 Abnormal procedures are initiated when something unexpected happens. This does not necessarily mean an emergency, but these procedures are usually used to prevent situations escalating from an early stage.

This sub-chapter examines the following examples:

Emergencies requiring immediate action can arise at any time during a flight. You must always be prepared for these situations. Such emergencies can often be identified before they have had a chance to escalate, meaning that they can also be avoided. In most cases, a so-called “abnormal situation” precedes an emergency.

In contrast to an emergency situation, there is no direct danger to individuals, but as a remote pilot you cannot continue the flight as planned and may have to land or return.

Examples of an “abnormal situation” would be: 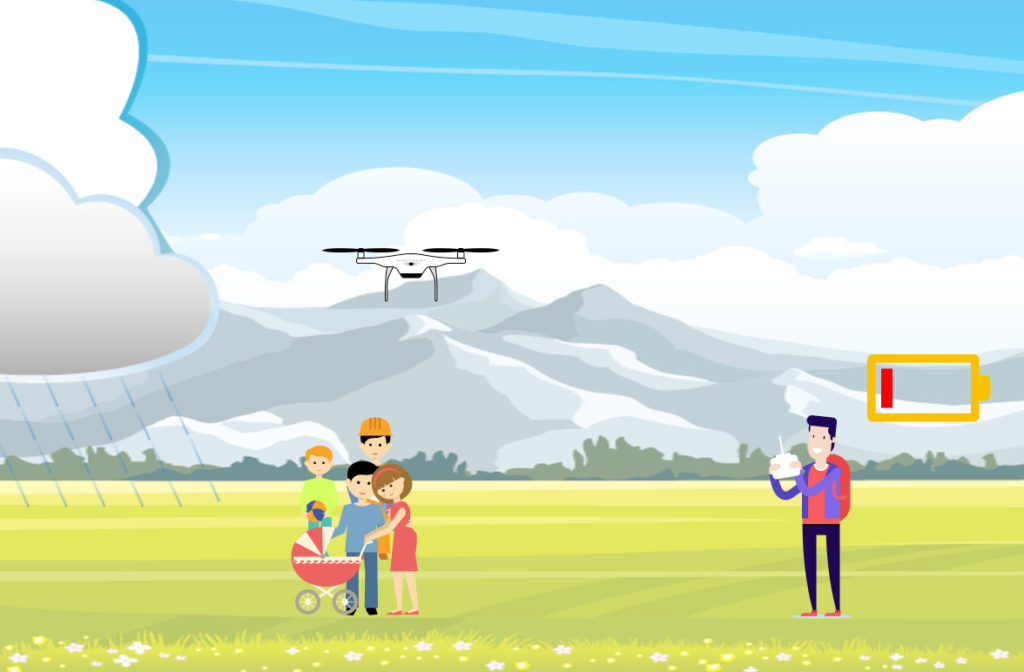 Be well prepared for these and other “abnormal situations” by going through these possibilities in advance, practising and using checklists.

The UAS operating manual must also be taken into account in these cases, as it often explains UAS-specific procedures. It is important that you have a “Plan B” for such situations and that you have practised it beforehand.

Always keep in mind: the better prepared you are for an abnormal or emergency situation, the less damage should be caused!

In some situations, it may not be possible to prevent the unmanned aircraft from an unplanned landing. There is a difference between an emergency landing and a precautionary landing.

In the event of an emergency landing, the remote pilot often only has limited options and is required to react quickly: it is a forced landing because the situation makes it impossible to stay in the air. Causes of emergency landings are, for example, failed motors or a badly damaged propeller blade.

Causes of precautionary landings are, for example, failure of sensors or instruments that do not impair flight and control ability, or slowly deteriorating weather conditions.

Depending on the UAS type and the internal auto pilot, you may also have to manually take control of the unmanned aircraft.

Alternatively, if equipped with the technology, the UAS could independently carry out a “Return To Home” manoeuvre. This “Return To Home” mode is triggered by the UAS itself and leads it back to its starting position.

It is extremely important that you have the correct and appropriate mode for the RTH man-oeuvre in use; for example, if you are surrounded by tall trees, RTH mode should be set to a sufficiently safe altitude. Keep this in mind as you go through the pre-flight checklist. RTH mode could be used, for instance,  at a critical battery level, with loss of radio connection or problems with the remote control.

If you are suddenly confronted with another aircraft within your flight area (for example, a hot air balloon, a rescue helicopter, another unmanned aircraft or a recreational aircraft), it is your responsibility to eliminate the danger immediately. 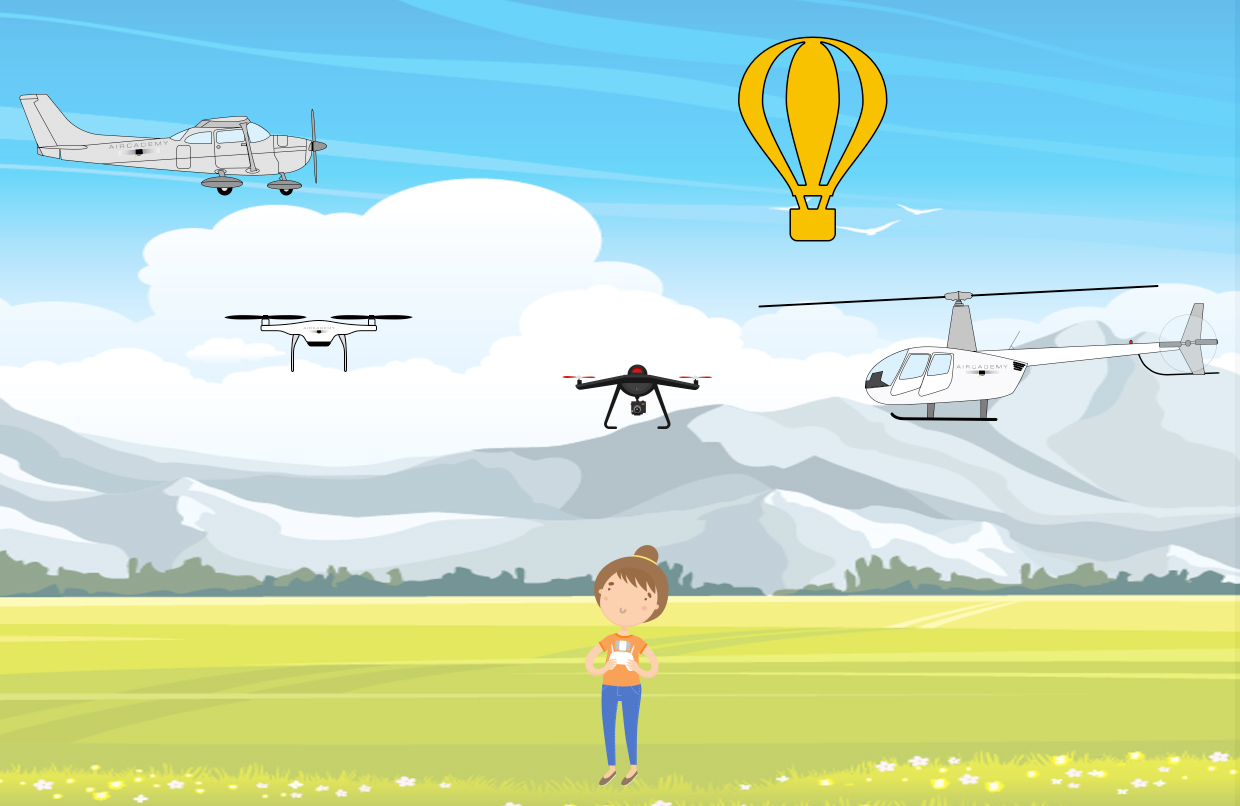 You must assume that the other airspace user has not seen you and avoid them accordingly!

Primarily, it is about avoiding collisions and not about your legal status. The safest way to eliminate the risk of collision is to make an immediate precautionary landing.

Alternatively, you can let the UAS hover at a very low altitude above the ground – taking into account obstacles and people, of course. When operating a fixed wing UAS, you can make it fly in circles at a safe altitude.

A faulty compass or problems with the satellite reception of the GNSS can lead the unmanned aircraft to behave strangely; for example, making fast turns or flying in an unprogrammed or unintended direction.

Particularly in the mountains, in narrow streets or in forests, satellite signals can be shadowed, leading to reception issues. Shading is also possible behind larger obstacles; as a result, the satellite signal can become imprecise or, in the worst case, disappear completely so that satellite navigation is no longer possible.

An RTH manoeuvre cannot help in this case because the UAS would be unable to find the starting position.

A good solution would be to switch to manual or stabilised altitude mode. (However, it must be taken into account that the wind influences unmanned aircraft and can cause it to drift away.) The UAS can now either be flown back manually or landed immediately.

This is why professional remote pilots need to demonstrate that they can manoeuvre in manual mode. Mastering this ability and regular practice are therefore highly recommended, even if it is not required by law.

Weather activities have an influence on every flight and should not be underestimated – even in manned aviation. The weather situation is often very dynamic and can be subject to strong variations in terms of location and time. Be prepared for a weather change at any time and always obtain sufficient weather information before the flight.

At very low temperatures, especially below 0 °C, battery capacity can be adversely affected. When flying in these conditions, pay more attention to the charge level and plan the operating time accordingly.

Temperatures below 0 °C can also lead to icing on the propellers or wings, especially if combined with high humidity. This in turn has a significant impact on aerodynamics and flight characteristics and can ultimately result in a crash.

In critical weather conditions – for example, temperatures around 0 °C combined with isolated fog fields –  check the surfaces of the propellers or wings for signs of icing after a test flight. If in doubt, leave the UAS on the ground.

If the wind gets stronger during the flight, land the unmanned aircraft in good time before it becomes difficult to control. In strong winds, avoid flying close to objects to avoid collisions.

Gusts, in particular, can be dangerous because they occur suddenly and can be very strong. 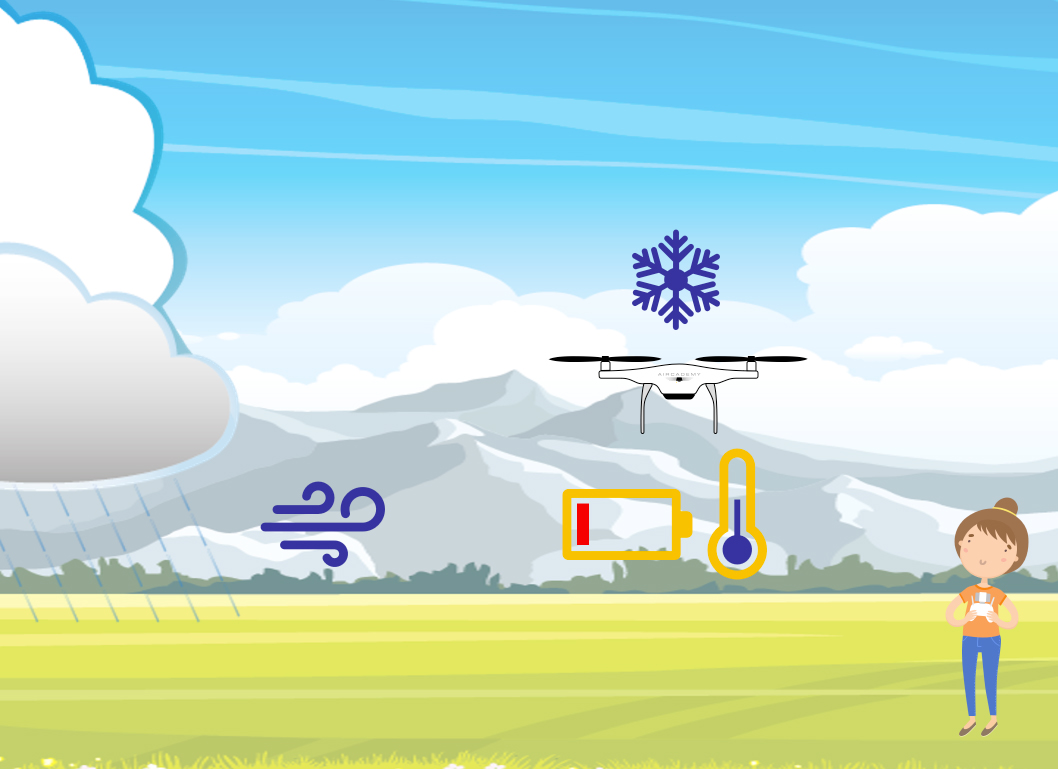 Try to recognise these weather situations early on. Land and watch the weather development before taking off again. Take particular caution when surrounding thunderstorms develop in summer: there is risk of heavy and sudden turbulence within the so-called “roll cloud” before the actual thunderstorm.

If the UAS is out of your sight, you should immediately switch to “Return to Home” (RTH) mode, which is available for almost all unmanned aircraft. If the RTH button is not available, switching off the remote control usually has the same effect.

In any case, it is mandatory to consult the UAS flight manual before the first flight to clarify the appropriate procedure.

UAS are programmed to return to the take-off position if the signal is lost. The same procedure should also be used if you can see the unmanned aircraft but it is too far away to identify the front, rear, left or right side of the UAS.

Losing control of your UAS with it flying in an unintended direction is called a “fly-away”. In this case, too, you should select the RTH function as soon as possible or proceed according to the UAS manual. Wait for a minute and check if you can locate the UAS’s position or even regain control.

If you are flying near an airfield and the unmanned aircraft drifts in that direction, you must immediately inform the local air traffic control and state the number of battery minutes remaining as well as the general direction and altitude of the UAS.

Unfortunately, if your UAS does crash to the ground due to technical or other problems, there may be nothing you can do but loudly warn nearby persons of the crash.

The memory card should be restored from the flight controller to find out what happened. It may not affect you directly in the moment, but in aviation you have a high responsibility towards others.

Inform the responsible authorities accordingly in order to help prevent such incidents in the future. 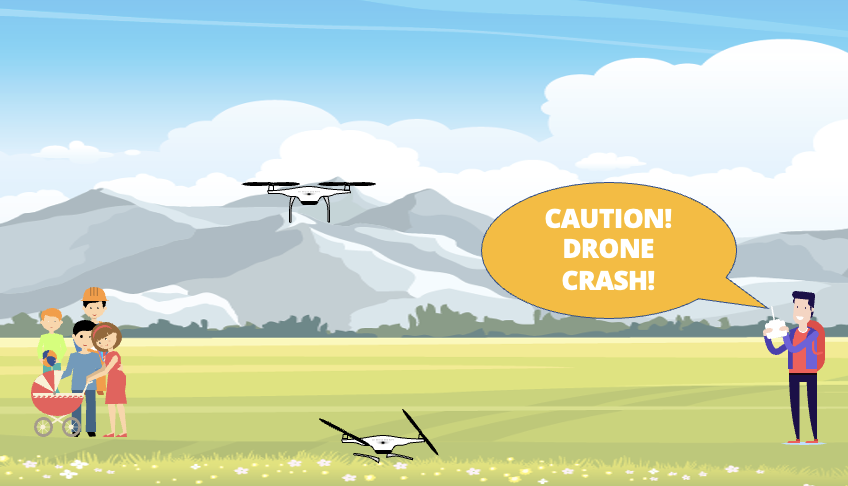